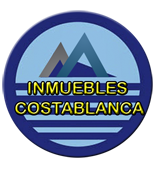 The multi-currency mortgage is not a financial instrument

One of the issues that more jurisdictional pronouncements is currently generating is the abuse of multi-currency mortgages, although still far from the amount that has generated the floor clause, because the marketing of the former was fortunately less than those that included clauses limiting the interest rate variation.

We are going to deal today with the Judgment of the Provincial Court of Madrid 14283/2017 of October 30, in which Mrs. Carmen Mérida Abril has been the speaker, whose purpose is to pronounce on the abuse or not of a mortgage loan of the so-called multi-currency

The Sentence does not consider that such loans, as a concept, are financial instruments to which the duties of the Securities Market Law result from the transposition of the MiFID directive, even though the STS cites June 30, 2015.

This Judgment held that it is "a derivative financial instrument insofar as the quantification of the obligation of one of the parties to the contract (the payment of the amortization installments of the loan and the calculation of the capital pending amortization) depends on the amount that reaches another different value, called the underlying asset, which in this case is a foreign currency. As a derivative financial instrument related to currencies, it is included in the scope of the Securities Market Law (...) The consequence of this is that the lender is obliged to comply with the duties of information imposed by the aforementioned Law " .

It positions itself with the STJUE of December 3, 2015 in case C312 / 14, which resolved that the multi-currency loans are not a futures contract or a financial instrument while the exchange operations carried out by a credit institution do not constitute an activity of investment, but accessory operations to the concession and reimbursement of a consumer loan.

It clarifies that this does not mean that the credit institution is not required to comply with the information obligation, which of course will be enforceable in the same terms as the other mortgage contracts when interested parties and consumers are involved or interested. In addition, this assumes that the same transparency obligations will apply.

LEGAL IVANOV does much more than ADVISE, INTERMEDIATE, TRANSLATE AND INFORM, you can publish...
2108 0
Read more

The importance to choose!The choice of your first home is not an easy thing to advise.When you...
1862 0
Read more

Formalize purchase, sale, lease, certificates, deeds ... Is it necessary for a notary of faith...
1457 0
Read more

What is the capital gains tax?The Tax on the Increase in the Value of Land of Urban Nature,...
1415 0
Read more